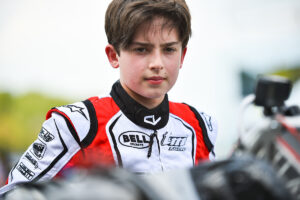 Confirmed as the United States of America representative months ago, American Junior Caleb Gafrarar is set to fly the Red, White and Blue at the FIA Karting Academy Trophy later this month. As the only American driver on the entrant list, the junior rookie will take the three-event series in stride as he looks to gain experience, improve his race craft and gather knowledge all while aiming for the top step of the podium for Team USA.

“It is truly an honor to be selected to represent the United States, and I will do so proudly,” explained Gafrarar. “The FIA Academy Trophy is a tough and challenging series, but I am ready to take it head on. I will prepare for the events as I do with any other and work to be as successful as possible.”

The FIA Karting Academy Trophy has launched the professional motorsports careers of many of today’s competitors and Gafrarar is hoping he can follow in some of their footsteps, and so do Mike Burrell and Keith Freber, two members of the driver selection committee.

“Caleb is an exceptional racer and will be a great representative for US karting at the FIA Academy,” explained Mike Burrell, USAC Karting Director.  “He is a talented driver on the track and a professional and mature kid off track. We wish him the best of luck and are sure he will represent us well!” 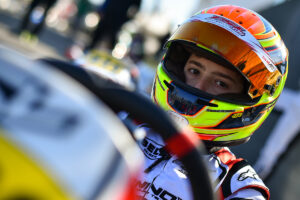 “We are very pleased to have Caleb Gafrarar representing the USA in the FIA Karting Academy,” added USA FIA / CIK Representative Keith Freber. “With six years of national level karting experience and three years of international karting experience, Caleb qualifies as a true karting veteran at a young age. Caleb has shown an ability to consistently run up front in whatever class he competes in, and we feel that he has the approach required to have success at higher levels of motorsport. His participation in the FIA Karting Academy will allow him to further sharpen his skills on an international stage. The pressure will be on, and we expect him to perform and represent U.S. Karting well.

Gafrarar added, “I would like to thank Mike and Keith for selecting me, and I hope to make everyone proud. I am looking forward to competing in equally prepared equipment and see how I stack up against some of the world’s best.”

As part of a multi-week European adventure, Gafrarar will take on the WSK Euro Series at the Adria International Karting Circuit in Italy June 9-13. Traveling to Germany for the June 17-20 weekend, Gafrarar will take part in the first of three rounds of FIA Karting Academy in Wackersdorf, Germany before returning to Sarno, Italy the following weekend for another WSK Euro Series event. 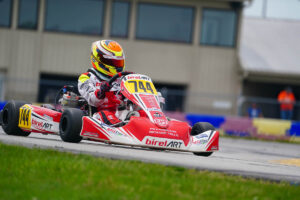 Caleb Gafrarar would like to thank PSL Karting, BirelART North America, BirelART, BN Engines, Bell Helmets, Minus 273, CPI Security, and the Lennox Racing Team for the continued support throughout the 2021 racing season.